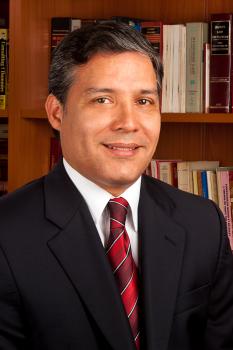 Born in the City of Panama, Republic of Panama, on December 28, 1965. Education University of Panama (Bachelor of Law and Political Science, 1987).

Attended seminars from the Industry of Protection of Cultivations of Guatemala and Costa Rica in the field of Health Registration.  Currently he offers seminars  on Regulatory Law and Industrial Property to lawyers in the region of Central America.

He was the Representative of the National Association of Agricultural Raw Material – Distributors – ANDIA – in the field of Intellectual Property in the fourth annex of the  negotiations on the Free Trade Treaty with the United States of America.

He is author of:

He speaks Spanish, English and Italian.or in Panama from Spanish to English, French, German, Italian and vice versa. Paralegal in one of the biggest law firms in Panama (1990-1994), associate lawyer of the same firm (2000-2005). Member of the National Bar Association.